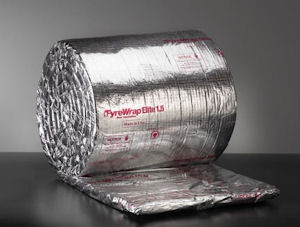 Unifrax’s FyreWrap® Elite® 1.5 Duct Insulation is a two-layer flexible enclosure for one- and two-hour rated commercial kitchen grease ducts. FyreWrap Elite 1.5 Duct Insulation is tested per ASTM E 2336 and is acceptable as an alternate to a traditional fire-rated shaft. Installed as a two-layer system, FyreWrap Elite 1.5 complies with AC101 and the 2006 and 2009 Editions of the International Mechanical Code (IMC) and Uniform Mechanical Code (UMC).

This product hasn't received any reviews yet. Be the first to review this product!